Jet Airways flight 9W 697 from Mumbai to Jaipur turned back shortly after take off.

Lalit Gupta, a senior official of India’s aviation regulator, the Directorate General of Civil Aviation (DGCA), told the Hindustan Times newspaper that the crew had forgotten to select a switch to maintain cabin pressure. Jet Airways said in a statement that Thursday morning’s flight had turned back “due to loss in cabin pressure” and “regretted” the inconvenience caused to its passengers. “The B737 aircraft, with 166 guests and 5 crew landed normally in Mumbai. All guests were deplaned safely and taken to the terminal. First aid was administered to few guests who complained of ear pain, bleeding nose etc,” the statement said. 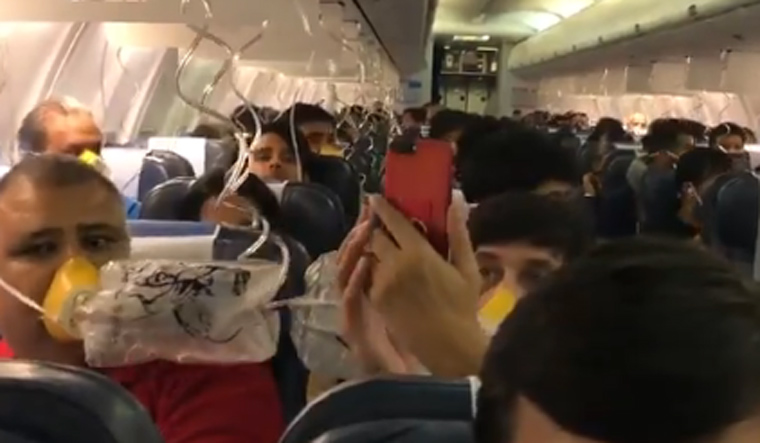