HELL has frozen over in New Zealand after South Africa smashed the All Blacks’ immortal home test record with a famous win in Wellington.

In a result that seems destined to be remembered for a very long time, South Africa had to defend a determined All Blacks attack well into the 84th minute before a handling error finally handed them a well-deserved victory.

South Africa delivered one of the great defensive performances of the age and their ability to hang on for the final 20 minutes was as brave as it gets.

The tension was unbearable during the thrilling final minutes — the Boks gripping on and the All Blacks playing all the rugby and yet not quite able to finish the many half chances they created.

South Africa held on to win 36-34 after the All Blacks appeared certain to pinch another famous last-gasp victory when they had possession just two meters short of the try line after the 80-minute mark.

The All Blacks were chasing their 40th straight win on home soil stretching back to that defeat to South Africa more than nine years ago.

South Africa had won just one of their past 12 tests against New Zealand and were considered no-hope against the world champions on Saturday night.

It was also New Zealand’s first loss in the Rugby Championship since 2015 — 15 tests ago. 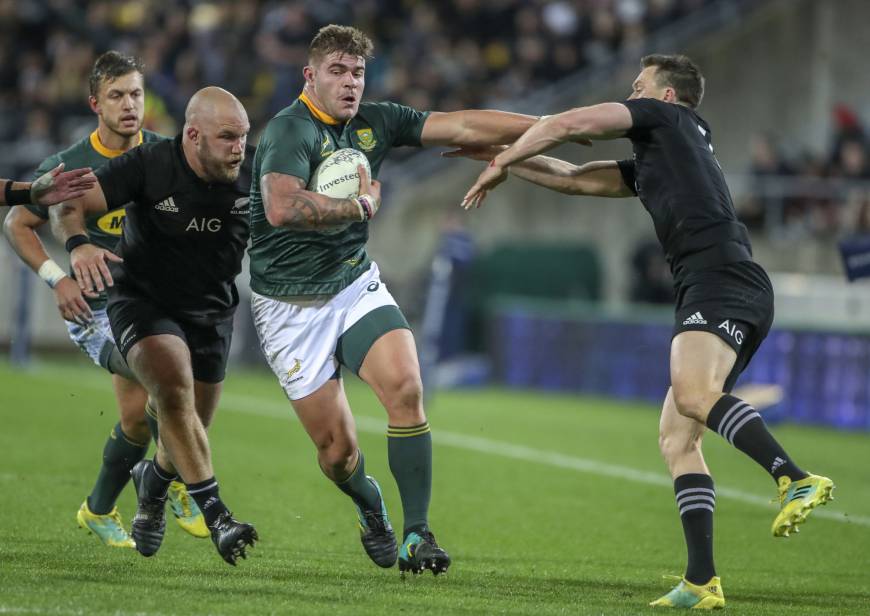