Nannette Hammond catapulted herself to fame after forking out £350,000 on plastic surgery. The 44-year-old mum is often described as being a “living Barbie doll”. But in her latest photos, she decided to rock a different look. Her 78,000 followers were big fans of the style, with many inundating her with comments of support. This month, she struck a pose by the pool for a mermaid-themed shoot. Drawing inspiration from the mythological creatures, she donned a fishtail skirt and a rainbow-colored wig. In just two days, the post has racked up more than 7,900 likes. 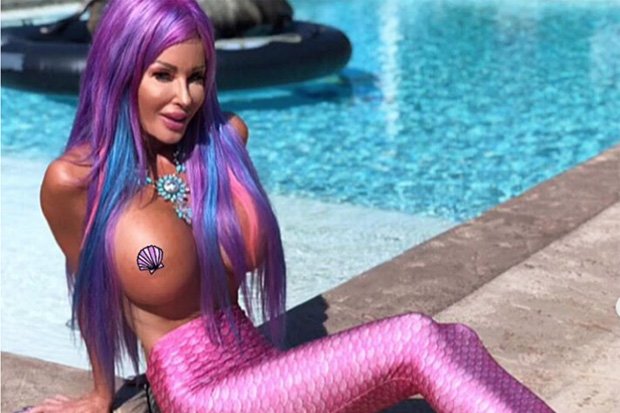