Did ‘The Simpsons’ Predict 9/11 Attacks?

In the episode New York City Against Homer, Lisa holds up a magazine with the word New York accompanied by a number nine against a silhouette of the World Trade Centre – which makes the number 11.

The design, it is claimed, is a direct reference to 9/11.

The episode was first aired in September 1997 – a full four years before the terrorist atrocities in the Big Apple. 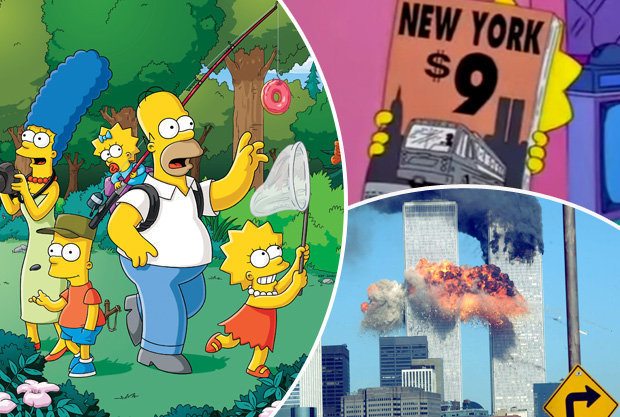