‘The Nun’ Scares its way to Top of Box Office

The horror movie The Nun has topped the domestic box office in its first weekend, scoring a best for the Conjuring franchise and another win for Warner Bros.

Studio estimates on Sunday say the Demian Bichir and Taissa Farmiga-led film brought in $53.5m from 3 876 North American theatres. Internationally, it banked $77.5m for a massive $131m global debut. The movie, a spinoff of a character seen in The Conjuring 2 and set in 1952 Romania, cost only $22m to produce.

The Nun effectively scared Crazy Rich Asians into second place for the first time in its four-week run. The rom-com added $13.6m, bringing its total North American earning to $136.2m. Third place went to the R-rated Jennifer Garner revenge movie Peppermint, from STXFilms, which debuted on par with expectations to $13.3 million. 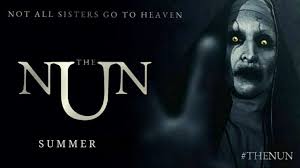