At least 87 dead elephants have been found near a sanctuary in Botswana, according to a report. Conservation group Elephants Without Borders discovered the elephants while carrying out an extensive aerial survey on wildlife close to the Okavango Delta wildlife sanctuary.

The scientist carrying out the survey said many of the elephants were killed for their tusks just weeks ago and that five white rhino have been poached in three months, according to the report.  The government has disarmed the Department of Wildlife and National Parks from military weapons and equipment previously used in the fight against poaching, according to Tourism Update.

The disarming of the anti-poaching unit has reportedly led to a rise in poaching in Botswana, which was home to 130 000 elephants. The BBC has quoted Mike Chase of Elephants Without Borders as saying: “I’m shocked. I’m completely astounded. The scale of elephant poaching is by far the largest I’ve seen or read about anywhere in Africa to date.” 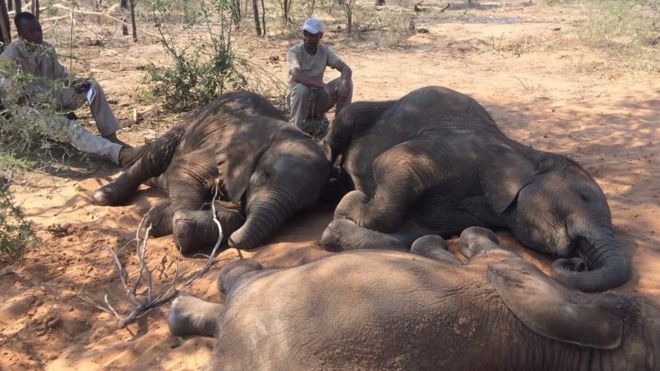