Woman Blocked from Social Media because of Offensive Name

Weiner posted this on Twitter. Her tweet has had close to 60,000 likes and more than 11,000 shares. But she’s not the first one who has struck issues trying to set up online accounts. Weiner was flooded with numerous replies from people whose names are too rude for the internet. A man called Philip Sporn commented: “When I got my computer I had to set my last name as ‘Spron’ because Sporn contains offensive language”. Someone called Ben Schmuch said: “Happens to me all the time”. 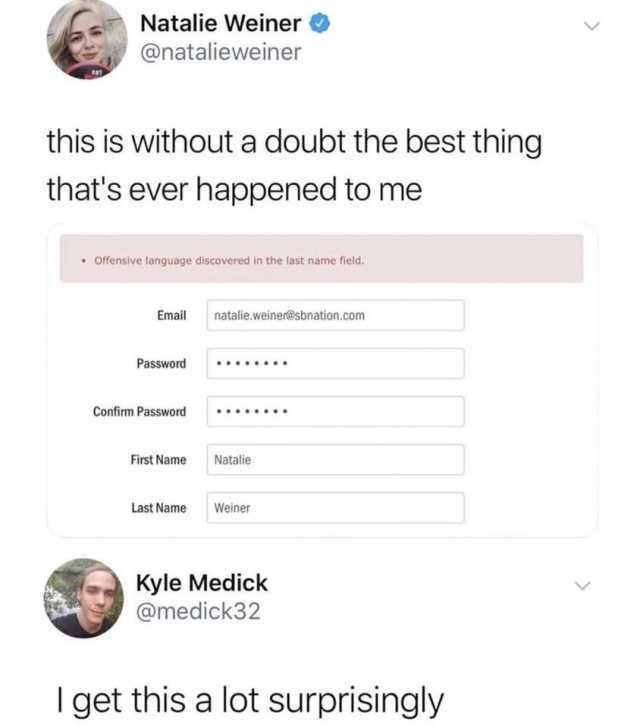