In the Swiss city of Zurich, a number of nudists have been performing a range of naked dancing to the crowds. The event aimed to shatter the stigma on public nudity by showcasing a variety of performances – completely naked. These bare-breasted artists interacted with the crowds during the two-day Body and Freedom Festival. One woman can be seen posing next to a bench for the “Naked Performance in Urban Space” .

While another showed off her acrobatic skills in front of a huge crowd in the city centre. The festival organisers said: “They will reveal the vulnerability and vulnerability of the naked body in many of its manifestations. “But will also show its power and charisma in the area of ​​conflict of ‘civilised’ urbanity and ‘raw’ nature and will interpret public space as an appropriate platform for statement and interaction.” 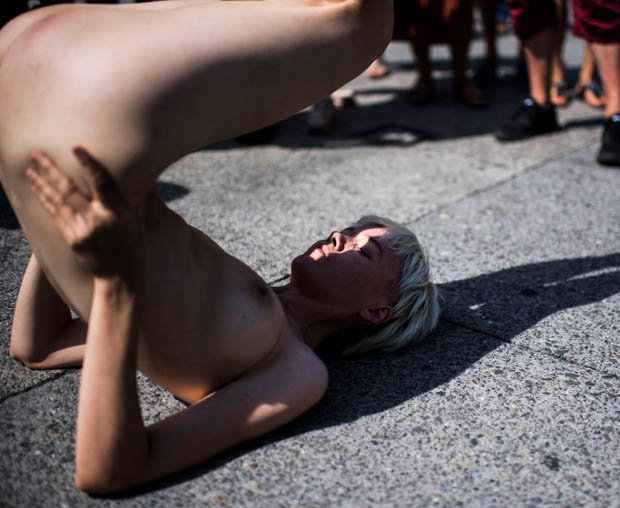 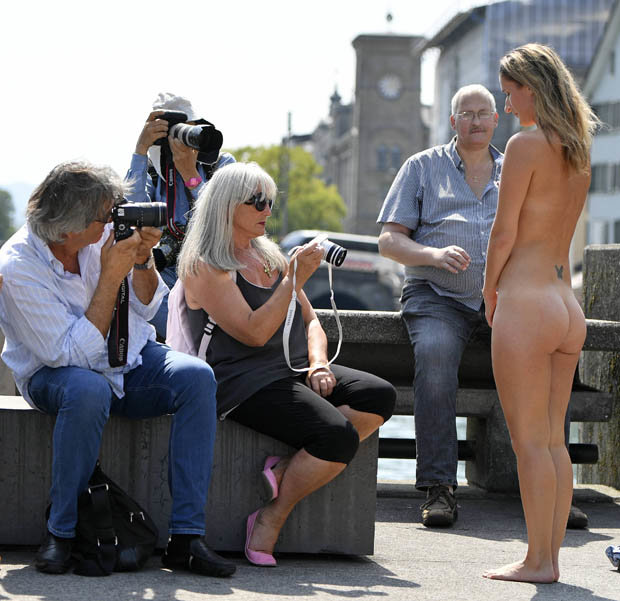