Julie Baker never intended to become a figurehead of the luxury chicken-diaper industry. Before she launched her brand Pampered Poultry in 2010, she had never even heard of chicken diapers.

Around 10 years ago, Baker was raising chickens with her daughter on their small farm in Claremont, New Hampshire when she first saw a YouTube video of a chicken wearing what looked to be an upside-down apron that stretched across its backside. The diaper, so to speak, was used to catch chicken poop so the birds wouldn’t leave droppings everywhere (chickens do not urinate separately from defecation. Their urine is technically in their excrement). “I’m like, ‘Oh my goodness, I so need to do that,’” Baker said. Baker’s daughter liked to bring her favorite chicken, an Old English hen named Abigail, inside their house, and because chickens poop close to a dozen times per day, Baker needed a better system for managing Abigail’s excrement.

So she began sewing Abigail diapers out of cotton fabric, and soon other poultry owners asked if Baker could make diapers for their chickens, too. Baker, who was homeschooling her daughter at the time, decided to turn the task into an assignment — she and her daughter would launch an online store. Not because she thought anyone would visit, but because she thought it would be an informative experience.

Then Baker started getting orders. Lots of them. Though at first she was mainly selling to her friends who attended poultry shows — to the true chicken die-hards who also like to enter their birds into pseudo-relay-races — in the last few years she’s noticed a shift in her customer base. Even people without deep connections to the poultry world want her diapers so they can take their chickens indoors (and post stylish photos on Instagram). Baker currently sells 500 to 1,000 diapers, which retail for $18 apiece, each month. “There’s not a single state that I don’t ship to,” Baker said. 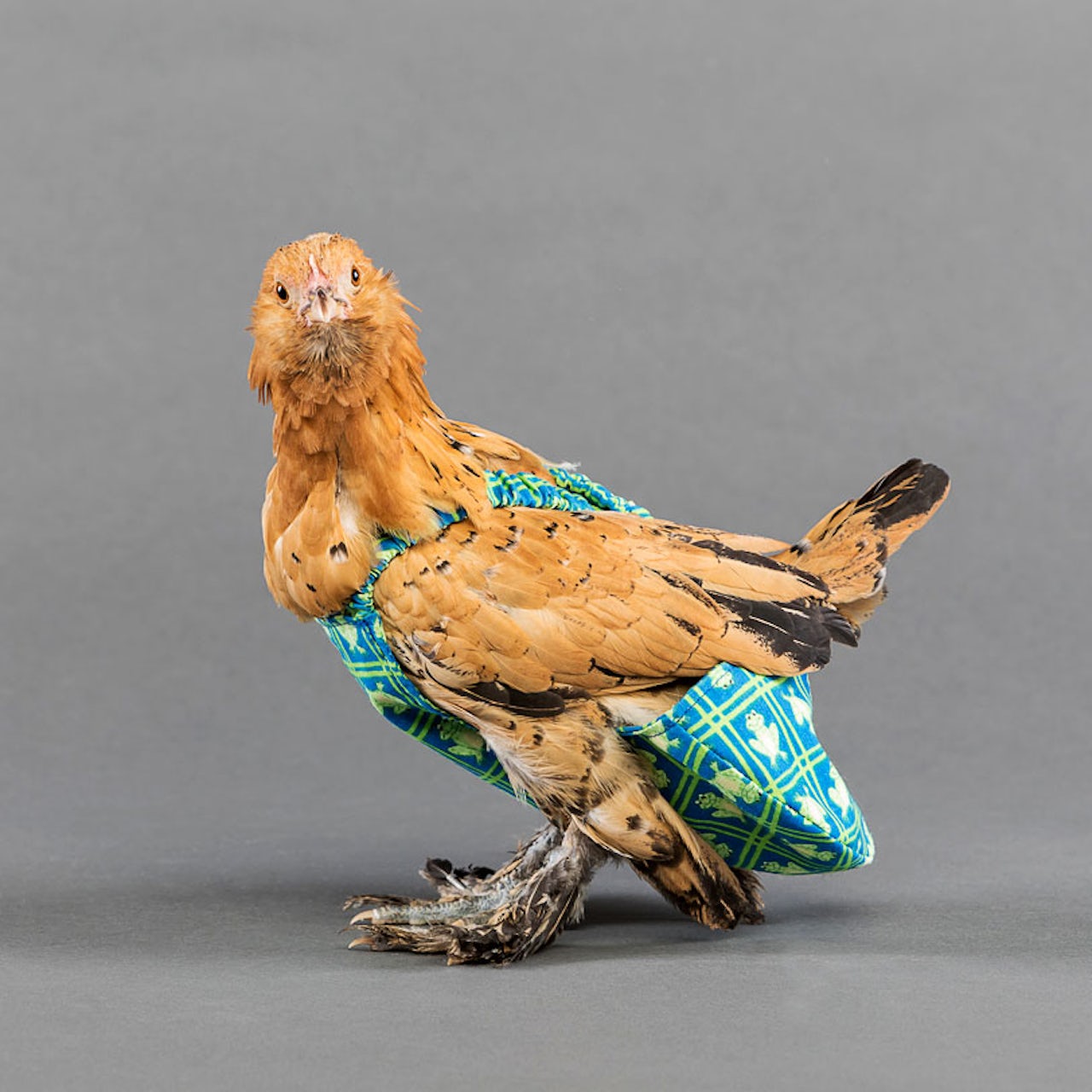