If you thought Oreo was done releasing new cookie flavors this Summer, think again. Shortly after announcing the launch of its Good Humor Strawberry Shortcake Oreos, the brand confirmed that Rocky Road Trip Oreos are officially on the way! The new flavor will hit shelves on July 23.

The news comes as a surprise given that it was previously believed that Rocky Road Trip would be released later this Fall — but we are not upset about this change of plans. According to food blogger Junk Banter, who got to preview the new snack, it does not disappoint. “I think Oreo hit it out of the park, honestly,” the blogger wrote, “offering some firsts with marshmallow bits in the cookie and soy nut inclusions to emulate those almonds.” [Source] 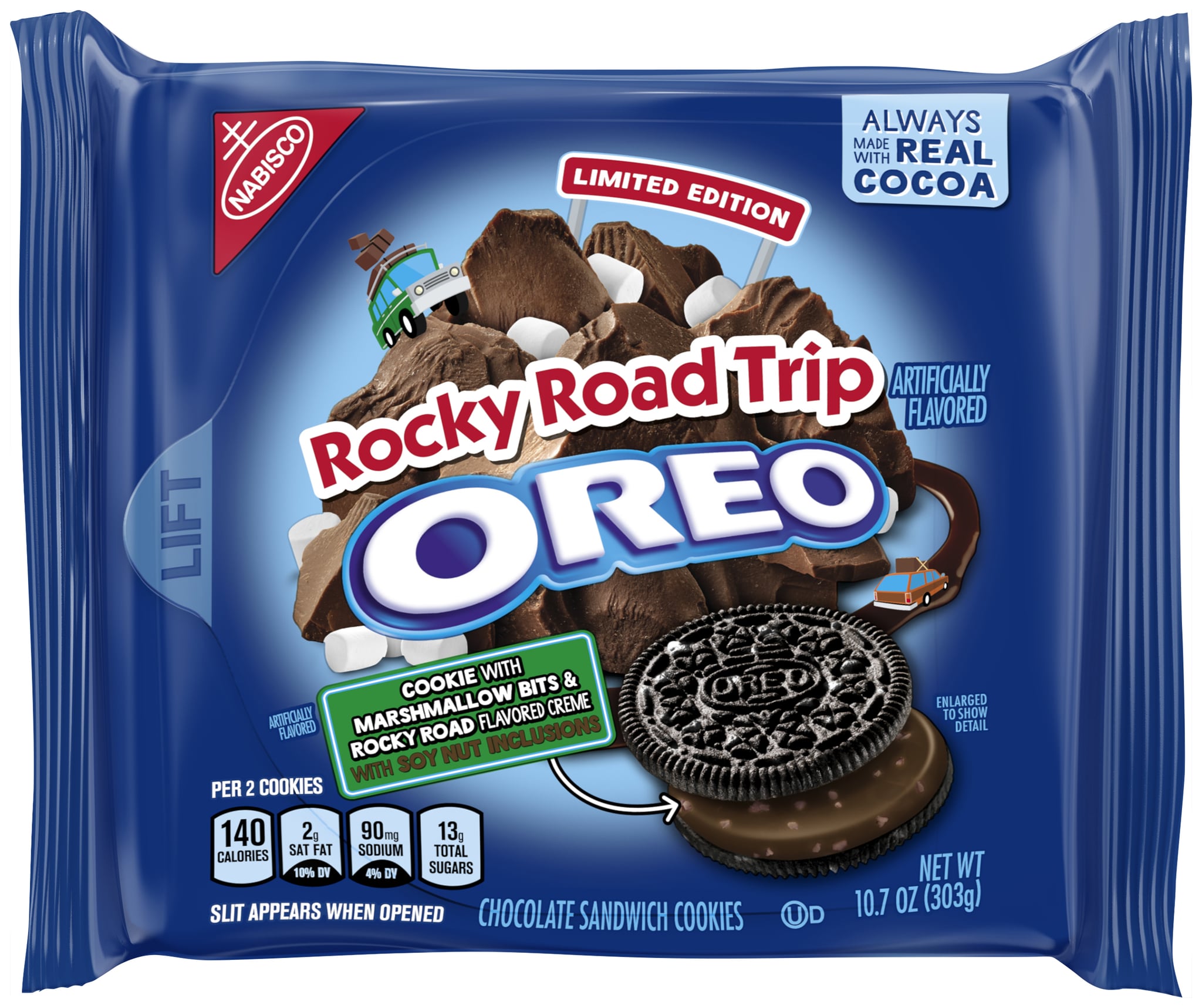