UFO being Transported to Area 51?

A video, captured on a motorway in Nevada, US, shows the moment one man made an outrageous discovery. On the back of a truck being followed by a van marked “overload” appears to be a flying saucer. It was spotted on Intersection 15 – a road that leads to the notorious Homey Airport and Groom Lake dubbed Area 51 by sky watchers. The clip was originally uploaded to YouTube channel M Battle, but has gained popularity after being shared on conspiracy site thirdphaseofmoon. 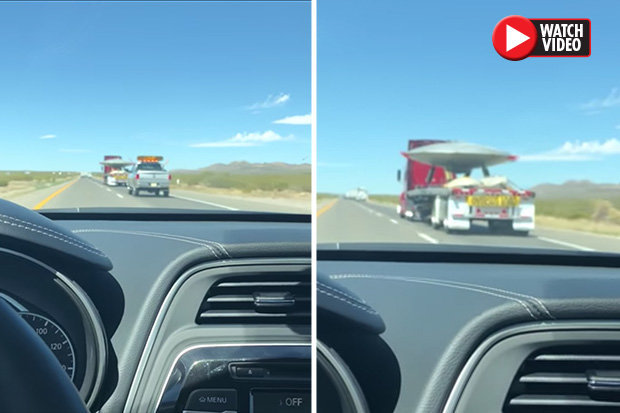