The mysterious Nazca mummy could be the “most important discovery of the 21st century”, a Brit researcher has said. DNA tests conducted on the mummy called Maria – a three fingered female with an elongated head – could alter history textbooks on its head, he added. Researcher and documentary maker Steve Mera managed to get DNA and carbon dating tests done on bodies dug up by robbers in Peru. Results from the tests show Maria could be 1,800 years old.

But the shocking bit was that the mummy was found to be 98.5% – similar to humans – and 1.5% unknown. Steve said Maria may actually be a previously unknown species of human. The 51-year-old researcher said: “We can confirm that we have evidence that the Maria body constitutes an incredible discovery. “A discovery that may cause us to alter our history books forever. She could be the most important discovery of the 21st century.” The bodies were handed over to the Inkari Institute in Cusco, Peru, in April 2017. 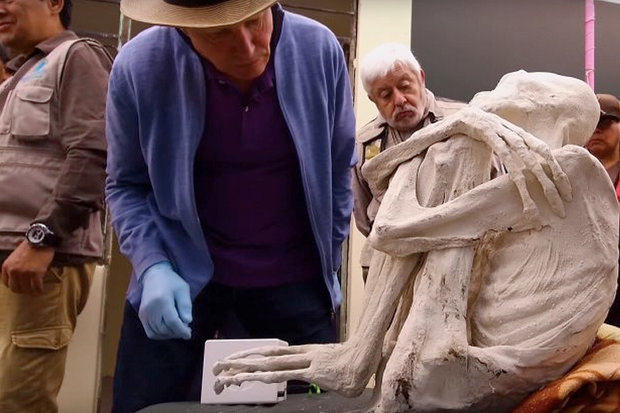