Man Rides on Hood of Car at 70mph

Local 10 viewer @Danimidah spotted this “commuter” Sunday night on I-95 between Hollywood and Aventura.

While the man was sprawled out on the hood, the car was hitting speeds of 70 miles per hour. “She is definitely pissed off at him or something,” said Daniel Midah, who recorded the incident. 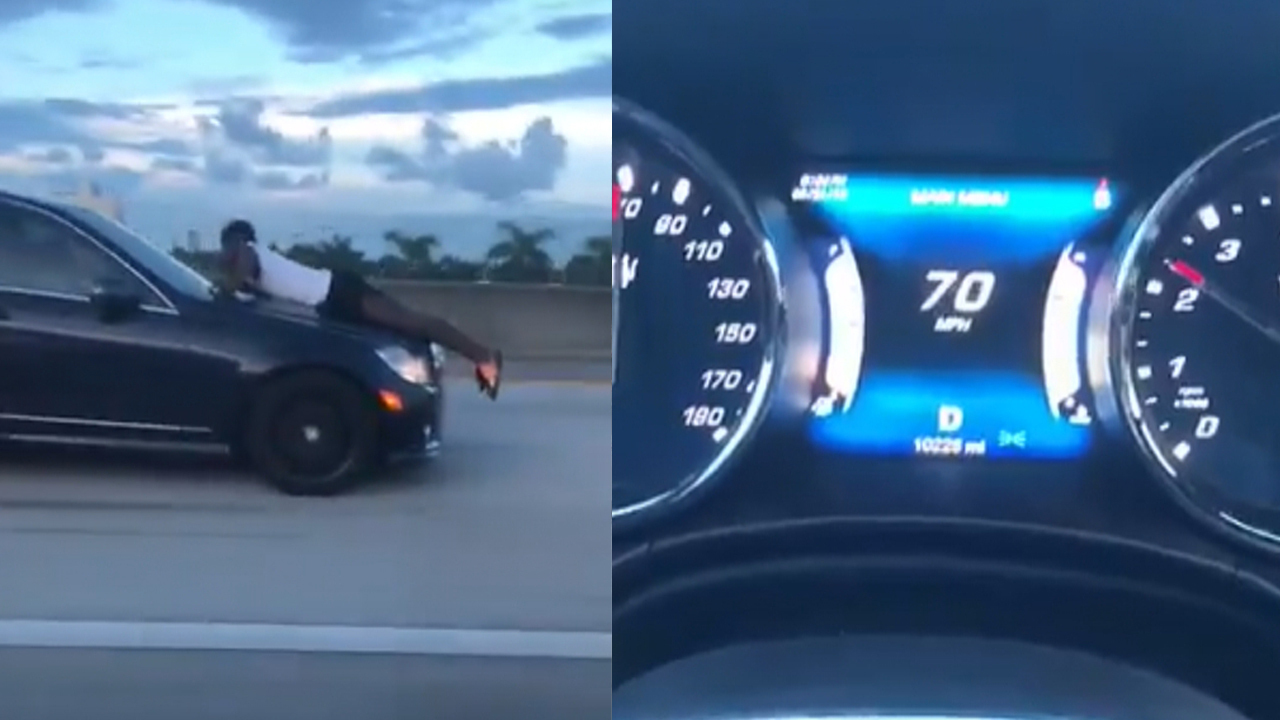 “He didn’t even look like he was freaked out by what was going on, but I was freaking out,” Midah said.