Villagers launched a search for Wa Tiba, 54, after was reported missing on the island of Muna, Indonesia on Thursday evening. The bloated snake was found close to the victim’s belongings, including her sandals and a flashlight. The villagers cut open the 23ft-long creature and found Ms Tiba’s body was intact after she had been swallowed head first. 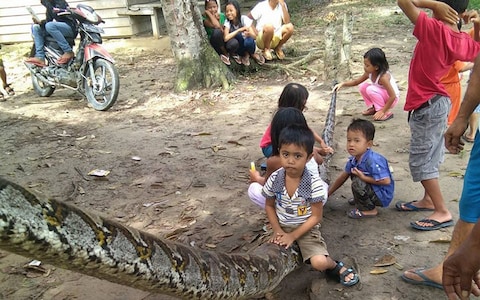