Man gets Kicked out of Slayer Concert, Swims back!

American metal band Slayer rocked the heck out of Toronto on Tuesday night during a stop on what the band is calling its “Final World Tour”. The legendary musicians announced in January that they’d be calling it quits as a team after 37 years — but not until they’d completed an international farewell tour with support from Anthrax, Lamb of God, and Testament, among other groups.

Anthrax guitarist Scott Ian posted several photos on Wednesday of one fan swimming in the water between Toronto’s shoreline and Ontario Place, where Budweiser Stage is located. “He got kicked out and tried to swim back in,” wrote Ian on Instagram with the hashtags #commitment, #allin and #hypothermia. The man didn’t look super thrilled to be sitting on the back of golf cart, soaking wet — with police staring him down — but he’s since become somewhat of a star himself among Anthrax fans. “Daaaaamn that’s dedication!” wrote one. “Give this man a ticket for the next show lol.” “This man needs to recognized for his commitment for thy Anthrax,” wrote another. “We shall all remember this day in history in honor of him. What a legend.” 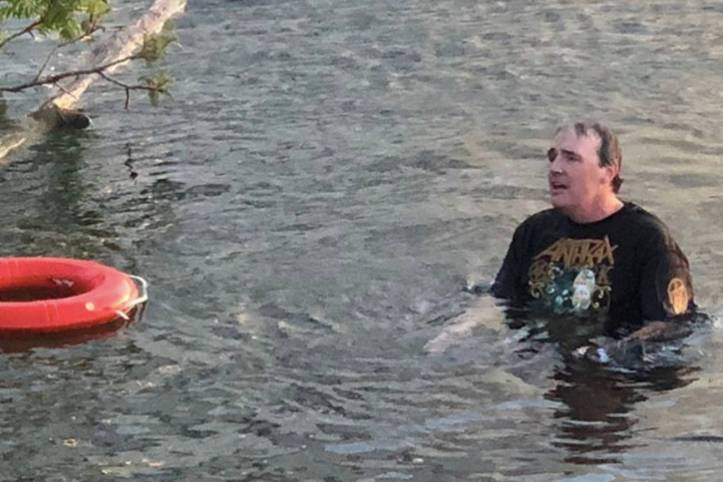