Many stores are looking to cash in on the major football tournament. While some are collecting Panini stickers, others are snapping up commemorative scarves and souvenirs. Sadly, not all memorabilia has gone down well with shoppers.  The product, which is apparently being sold in the World Cup host nation, looks a lot ruder than intended. From a distance, it may look like a traditional Russian doll. But on closer inspection, it’s apparent that a football has been incorporated into the design. Many commented that the Russian doll’s whistle looked rather phallic. 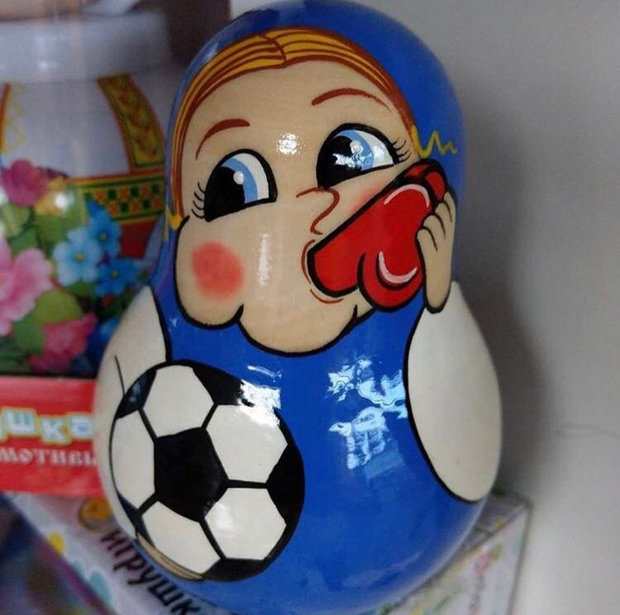