Rockstar has talked a little more about player choice, dynamic character interactions, indoor environments and more in a new interview. Rockstar co-president Rob Nelson has conducted an interview with JeuxActu in which he confirms a lot of information about what we can expect to see in the next installation of the Western epic.

“Being immersed in a credible world with a captivating story, capable of engaging the player, while giving them the freedom to lose themselves, then returning to the main quest in a natural way, is something important for us,” Nelson explains. “And that was our main goal for Red Dead Redemption 2, to erase the boundaries between all these aspects to make it coherent and organic. Everything must appear natural, without any transition or lag, to reinforce the sense of immersion and connection between each mission.”

“There are 1001 ways to make money, even outside missions, in an honorable way, and less respectable too, to let the player do what he wants. You can kill people to steal their money, but you can also threaten them and extract their currency less violently. “To leave the choice to the player is very important for us. It is not a Manichean system, it is not good against evil, everything is nuanced. Of course, we play Arthur and he has his own character, but you are given the opportunity to shape his way of behaving a bit.”

The initial release date is set for October 16th 2018. 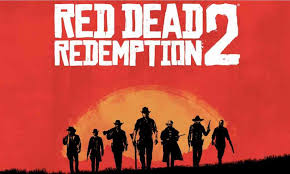 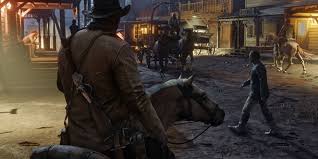