A jetliner rapidly descended by 24,000 feet after the aircraft lost cabin air pressure while traveling from Australia to the holiday island of Bali on Sunday. People aboard Indonesia AirAsia Flight QZ535 described a panicked flight crew announcing an emergency and oxygen masks dropping from the ceiling. Passenger Clare Askew told reporters that airline staff “were screaming, looked tearful and shocked.”

AirAsia workers sprinted down aisle shouting “emergency, brace, crash positions” about 25 minutes after the plane took off from Perth, Australia.  The budget airline said in a statement the pilot turned back “following a technical issue to ensure the safety of passengers.” “We commend our pilots for landing the aircraft safely and complying with standard operating procedure,” AirAsia Group head of safety Captain Ling Liong Tien said. “We are fully committed to the safety of our guests and crew and we will continue to ensure that we adhere to the highest safety standards.” 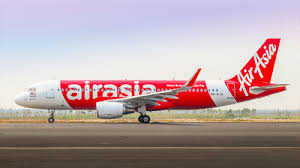