AXL Rose has been given the seal of approval as he made his AC/DC debut in Lisbon this weekend. The Guns ‘N Roses singer joined the legendary band on stage for their Rock or Bust tour, replacing singer Brian Johnson, 68, who was forced to sit out the gigs after doctors said he risked going deaf if he went on tour. Brian said in a statement when the news was revealed: “Our fans deserve my performance to be at the highest level, and if for any reason I can’t deliver that level of performance I will not disappoint our fans or embarrass the other members of AC/DC.”

Not even a broken foot, which confined him to a specially designed throne for the duration of the show, could hold Axl back from belting out the tunes. The throne was a loan from Foo Fighters frontman Dave Grohl, who used it when touring last year with a broken leg. 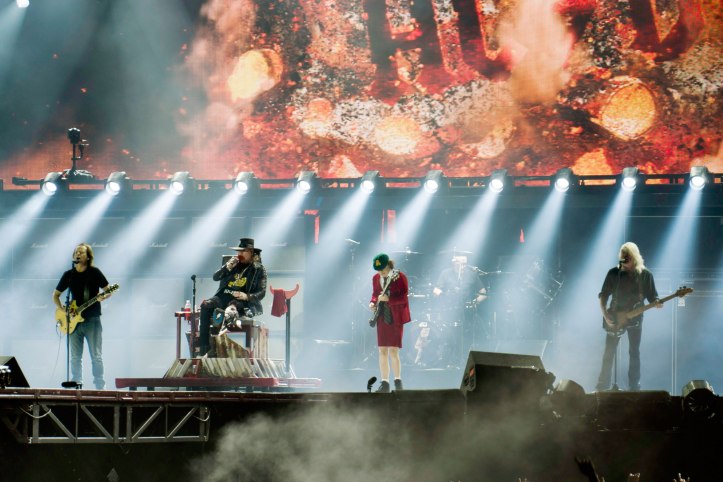