Human Barbie Valeria Lukyanova is nursing wounds to her doll-like face after claiming she was attacked in a terrifying ordeal close to her home. The assault in Ukraine follows a two year hate campaign of threats waged by anonymous strangers, she alleged. The 28-year-old model received global attention for her eye-catching looks which she insists are natural except for breast augmentation surgery.

But today in Odessa, she is nursing wounds to her swollen lips and head, while denying internet rumours that she was masking new plastic surgery. She said: ‘I was attacked by the entrance of my block of flats.’ ‘I came back home from a shop with bags and entered the door code when two men rushed from the dark and attacked me.” 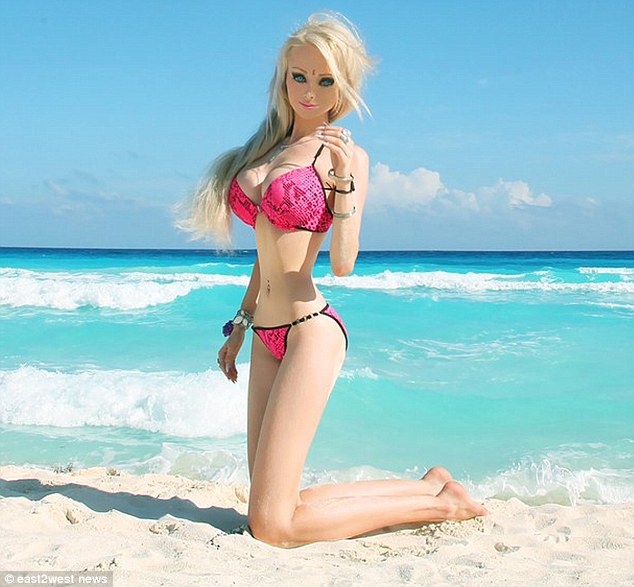