A Man with a Tail is Worshipped

CHANDRE Oraon is the first to admit life with a tail is far from easy. But the 35-year-old tea picker said he wouldn’t change a thing and enjoys having God-like status even if his wife can’t stand it. Oraon is worshipped by hundreds of followers in his native India who think he is a monkey God because he was born with a tail growing out of his back. Some Hindus view the tail as good luck and believe it’s a sign he’s an incarnation of a monkey God known as Hanuman.

But wife Maino said it’s not easy being married to a living God and she has had to compromise. “He doesn’t look good. My mother and my father passed away when I was young,” she said. “So my brothers wanted me to get married. So I had to compromise and marry him.” Followers who travel to see him in his West Bengal village believe he can cure illness and that he is blessed, however experts say his tail is not a gift from God but rather a birth defect. 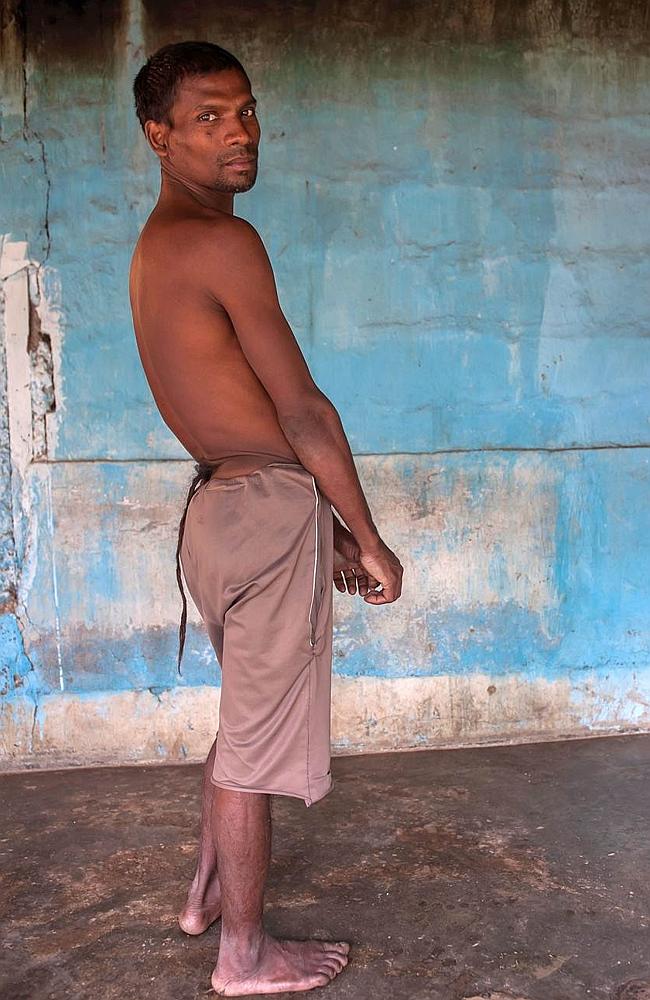