International tourist arrivals exceeded one billion for the first time last year, with the Asia-Pacific region posting the biggest increase in foreign visitors, and numbers will rise further in 2013, a UN body said on Tuesday.   The number of international tourist arrivals grew by 4.0 percent to 1.035 billion in 2012, up from 996 million in 2011, the Madrid-based United Nations World Tourism Organisation said in an annual survey.  “2012 was a year of constant economic instability in the entire world, especially in the euro zone. Despite this international tourism managed to maintain its course,” the body’s Secretary General Taleb Rifai told a news conference.  The organization forecasts international tourist numbers will grow in 2013 although at a slightly lower rate of 3.0-4.0 percent. 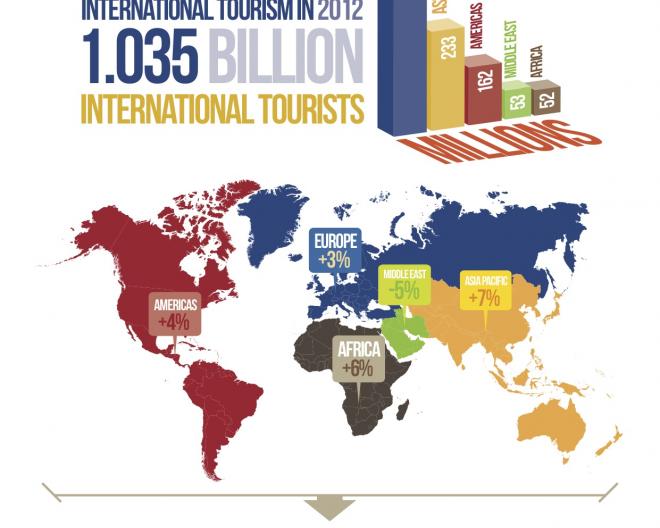